“Lewis Yablonsky carried a switchblade before he became a sociologist.

“My need for self-protection stemmed, in part, from my teenage years as a dice and card hustler,” Dr. Yablonsky once wrote, recalling his days at South Side High School in Newark. “During this phase of my life I hung out with many individuals who I would, later on, after my formal education, characterize as sociopaths.”

He made good money cheating at cards and dice. He went on to make a remarkable career hanging out with and writing about sociopaths — gangsters, drug dealers, murderers — as well as more ordinary characters, like unhappily married couples.

Dr. Yablonsky, who was 89 when he died on Jan. 29 in Santa Monica, Calif., became a prominent and provocative public intellectual in the 1960s, combining academic analysis, experiential research and sometimes direct, unconventional efforts to solve social problems.

In the 1950s, he was still in graduate school when he started a youth athletic program to help battle juvenile crime in the troubled Morningside Heights neighborhood of Manhattan. To get gang members to participate in his studies, he sometimes paid them to fill out questionnaires.

Soon they were hanging out in his office, then his home. The work led to his first book, “The Violent Gang,” published in 1962, which included extensive quotations from a gang accused of killing a 15-year-old who had polio.

Later, Dr. Yablonsky took LSD as part of his research for “The Hippie Trip,” his 1968 book about hippie culture.

He also drew on personal experience, particularly his sexually open marriage, for his 1979 book, “The Extra-Sex Factor: Why Over Half of America’s Married Men Play Around.”

“His wide-ranging work has improved organizational performance, made communities better and elevated the field of sociology in the United States and abroad,” the American Sociological Association said in giving him a career achievement award in 2003.

Criminologist with a feel for the streets.

Dr. Yablonsky emphasized street-level immersion over academic remove, and he often said that his rough childhood had helped him see the complexity in people and inspired his belief in treatment over punishment. When he was a boy, in the 1930s, he was beaten by whites who mocked his Jewishness and by blacks who mocked his whiteness, he recalled. He rode along in his father’s laundry truck in tough neighborhoods, he said, in part to prevent people from stealing the truck. He often marveled that, unlike so many of the people he grew up with, he did not go to prison.

“My greatest achievement in life,” he liked to say, “was getting out of Newark.”

He received a baseball scholarship to the University of Alabama, but stayed only a year; he did not like Southern bigotry, he said, though he did win a lot of games of craps. Navy service in World War II gave him perspective, he said. He dropped the hustling, earned a bachelor’s degree at Rutgers, enrolled in graduate school at New York University and earned his doctorate in 1958. 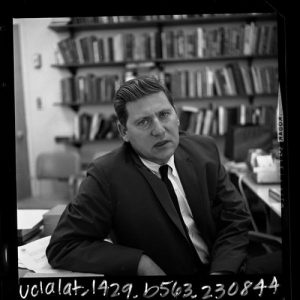 Not just a criminologist.

When he was a college professor in California in the 1960s, he hosted family therapy sessions on public television, encouraging angry wives to speak their minds to adulterous or just obtuse husbands. In the 1980s, he led workshops using one of his favorite techniques, psychodrama, in which participants explored their emotions through acting — pummeling each other with foam paddles, for example, to work out their resentment toward their unloving mothers. Late in life he was an expert witness in criminal trials, sometimes helping defendants avoid the death penalty.

In 1961, he met Donna King while he was visiting Synanon, a rehabilitation center in Santa Monica, where addicts were both patients and group therapists. Dr. Yablonsky was there as a researcher, Ms. King for treatment. She had been a drug addict since she was a teenager.

One of his best-known books, “The Tunnel Back: Synanon,” published in 1965, was partly about his experience meeting and marrying her and his belief in the Synanon system. The marriage lasted 17 years, many of them tumultuous, before they divorced. (Synanon later lost credibility after declaring itself a religion and being linked to a series of violent episodes.)

Lewis Edward Yablonsky was born on Nov. 23, 1924, in Irvington, N.J., the second of three sons of Harry and Fannie Yablonsky.

Survivors include his son, Mitchell, who confirmed his death, and a brother, Joseph. His former wife, Donna, died in the late 1980s.

Mitchell lived with his father after his parents divorced, and Dr. Yablonsky wrote two books that drew on their close relationship, “The Little League Game,” in 1979, and “Fathers and Sons,” from 1982.

Nearly five decades after his first book on gangs, Dr. Yablonsky told The New York Times that the gang members he had known “were usually alienated kids looking for a family and, of course, the gang is a pseudo-family.” He said that New York gang life after World War II was sometimes romanticized — but not by him.

“I was recently interviewed about ‘West Side Story,’ ” he said. “My main remark was, ‘I never met any of those kids who could dance.’ ” 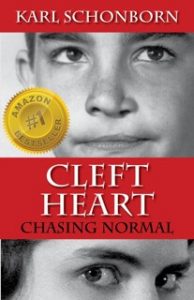 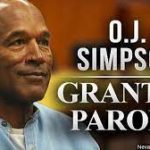 We heard from both sides of certain 2020's crim justice reform issues last Monday. Below are a couple of samples of the pros and cons of parole reform, one of the many controversial reforms proposed nationwide.After that,  I've included an example of what reformers must consider when proposing and … END_OF_DOCUMENT_TOKEN_TO_BE_REPLACED 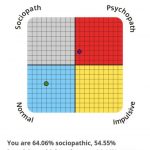 As you may know from a previous blog, I've been working on a book about the crimes and havoc committed by some people I knew with the Dark Triad personalities of psychopathy, narcissism, and Machiavellianism. Here's a Dark Triad test that's available on line. I can't attest to its reliability … END_OF_DOCUMENT_TOKEN_TO_BE_REPLACED 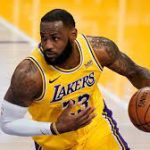 I've blogged a bit here and there regarding celebs and their ability to escape justice. So, it's fitting to highlight the way some engage in injustice as a "celebrity bully." But you ask, who needs another blog about a celebrity bully or a celeb who was bullied as a kid?  Well, if the bullying's … END_OF_DOCUMENT_TOKEN_TO_BE_REPLACED

Bullies come in all sorts of guises - from deceptively lightweight cyberbullies to the heavyweight Vladimir Putins and Xi Jinping's of this world. My friend and guest blogger today, Alain Gunn, has thought through the ways of how to respond to all sorts of bullies. Here's his essay on … END_OF_DOCUMENT_TOKEN_TO_BE_REPLACED

I've had a lifelong interest in discrimination and birth-defects stemming from being bullied for my once-nasal cleft-palate speech. Hence I was interested when college classmate Alain Gunn wrote The Titanium Rib. The Discrimination Angle The book is about a device that allows infants born with … END_OF_DOCUMENT_TOKEN_TO_BE_REPLACED