This site examines all manner of discrimination. Bias towards as well as against people as here and here.

Steve Walsh , a military journalist, has written an important enough piece on the problem of promotions to admiral among black ranks in the US Navy, that it’s worth repeating in its entirety here.

Why Does The Navy Have So Few Black Admirals?
Some Blame A Culture Of Discrimination 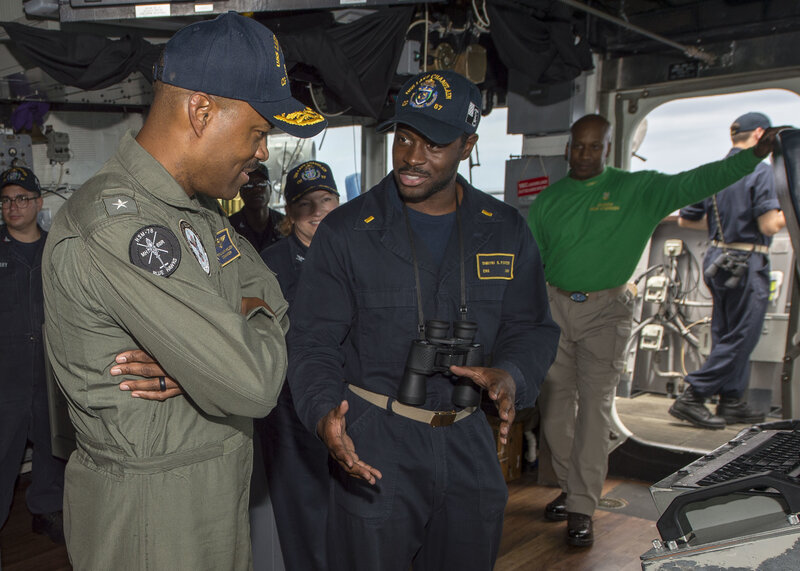 Only 10 of the Navy’s 268 admirals are African-American, most are rear admirals and none holds the two highest ranks, according to data from a task force that’s examining the history of discrimination in the Navy. Rear Adm. Alvin Holsey, who heads the One Navy Task Force for the Chief of Naval Operations, concedes that those numbers are small.

Building an admiral is a 20- to 30-year commitment, he said, and someone has to be willing to guide that young officer. “As a Black officer in the U.S. Navy, I will tell you I’ve mentored more people who don’t look like me than do look like me,” Holsey said. “Somebody who doesn’t look like me had to reach out and engage in my career.”

African Americans comprise about 13% of the U.S. population, but roughly 8.1% of naval officers are Black, according to a 2019 report by the Congressional Research Service. So the pipeline is small, and many Black officers just become exhausted as they work their way up the chain of command, said Keith Green, a retired lieutenant commander. He recently wrote the book Black Officer/White Navy.

“It is not simply just unconscious bias,” Green said. Some in the Navy “don’t like working for a Black person or a minority, and they don’t like having one be their supervisor,” he said. Not everyone who African American officers encounter is a problem, but Green said the extra effort to work around troublesome colleagues takes its toll on Black sailors’ careers.

“Not only do you have to do all the other stressful things that any military person has do to,” Green said, “you have to play that double game of trying to figure out why you’re being treated differently or what’s happening to you. Why is something happening to you that isn’t happening to other people?” 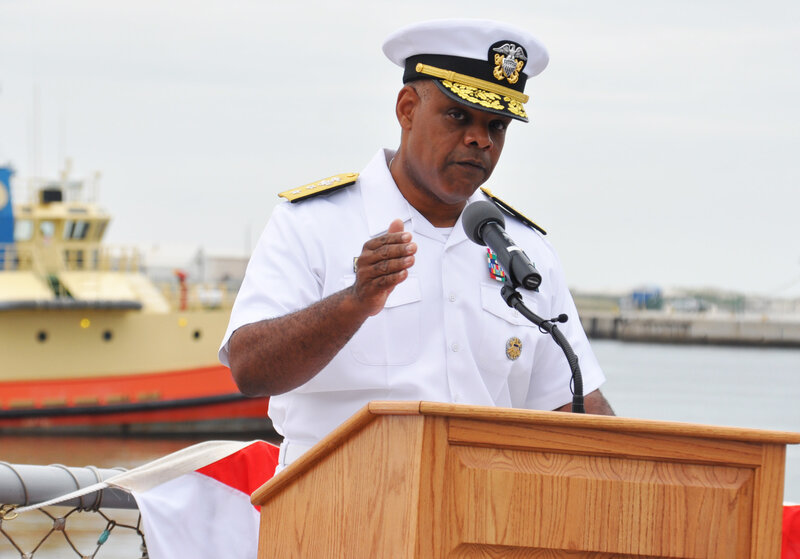 Rear Adm. Sinclair M. Harris speaks about the importance the Battle of Midway and turning point of World War II in the Pacific aboard
the Arleigh Burke-class destroyer USS The Sullivans in 2013.

Retired Rear Adm. Sinclair Harris heads the National Naval Officers Association, which has worked for 50 years to promote diversity in the sea services. He said it takes hundreds of ensigns to eventually make one admiral — or what the Navy calls a flag officer.

The Navy has to bring in more young officers of color, he said, so when it’s time to promote people to flag officer, “you have enough people in the pot.”

Harris referred to the point where junior officers decide to end their careers as “Death Valley.”

Graduating from the Naval Academy is the most well worn path to admiral, but fewer than 6% of the current class at the Naval Academy is Black. Harris, who was rejected when he applied to the academy at the beginning of his career, said one solution is mentoring officers coming through less traditional paths.

“When you have one out of 20 diverse candidates going up for flag officer in a community and they decide, you know what, I just got this high-paying job at IBM…now you’re down to zero and you have to look at that pipeline, and that pipeline is anemic,” Harris said. 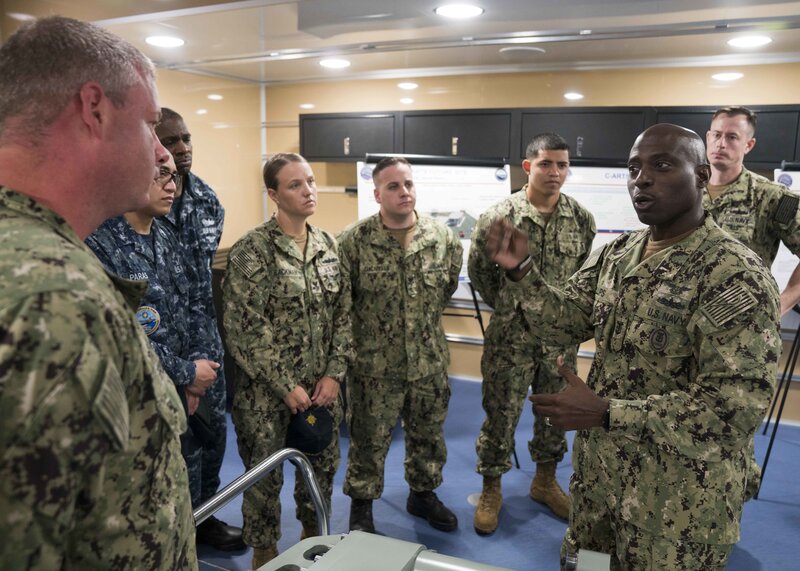 The Navy is more diverse at the lower ranks. Nearly 20% of enlisted sailors are African American. But Force Master Chief Huben Phillips, who is part of the One Navy Task Force, said sailors can face discrimination in the ranks.

“Throughout my 31 years, when I’ve seen racial discrimination against me, I knew what the policy was; I knew it was wrong,” Phillips said. “But when you’re in the minority, you just kind of put your head down. You think about self preservation. You think about your family. You think about the bigger picture.”

Right now, the One Navy Task Force, which was formed after the death of George Floyd and the racial justice protests that followed, is holding focus groups throughout the service to encourage enlisted sailors and officers alike to speak up. The task force is scheduled to issue its report in December.”

What do you think? Would love to hear your opinion.

I managed to catch the  2nd episode of the "Clarice" series recently. It channeled the Waco cult situation, also known as  the Waco, Texas massacre.  That was the controversial law enforcement siege of a compound that belonged to the Branch Davidian religious cult. In the 2nd  episode,  Clarice … END_OF_DOCUMENT_TOKEN_TO_BE_REPLACED

As part of our series on Popular Culture and True Crime, our final tutorial looks at why women seem such devoted true crime fans. Tutorials I and II dealt with the fascination with serial killer trading cards and murderabilia (the collection of mementos), respectively. While I've … END_OF_DOCUMENT_TOKEN_TO_BE_REPLACED

In a recent blog (go here), I discussed the furor created by the creation of serial killer trading cards* back in 1992. A similar controversy has erupted over the growing practice of collecting artifacts and even bits of hair from those involved in serial … END_OF_DOCUMENT_TOKEN_TO_BE_REPLACED

About the same time that Michael Aamodt, a professor at Radford University in Virginia, started cataloguing serial killers, trading cards popped up. Aamodt's Serial Killer Data Base, compiled with the help of students, is academic, respectable. See here for a prior blog re Aamodt's Radford … END_OF_DOCUMENT_TOKEN_TO_BE_REPLACED

How well I remember the days leading up to what seemed like just another incident of conservative urban police officials not understanding evolving radical beliefs and ideologies of the time. I'd just finished grad school in West Philadelphia, but still got  MOVE  updates from friends I'd visited in … END_OF_DOCUMENT_TOKEN_TO_BE_REPLACED