The debate is whether Joaquin Phoenix, who won an Oscar for Best Actor, portrays the Joker as a psychopath or not?

The Psychopath and The Hare Lip

The Psychopath and The Hare Lip

The Psychopath and The Hare (as in tortoise)

The Psychopath and The Hare

And for the final twist,  “The Hare” is the shorthand abbreviation for a test used by psychological clinicians, esp those who work with criminals in prisons. The test, in use since the 1970s, helps   professionals determine who’s a psychopath since they’re almost impossible to treat effectively

“The Hare Psychopathy Checklist-Revised (PCL-R) is a diagnostic tool used to rate a person’s psychopathic or antisocial tendencies.  It was developed in the 1970’s by Dr. Robert Hare, a Canadian professor and researcher renowned in criminal psychology, who has spent three decades studying the concept known as the psychopath and based partly on Hare’s work with prison inmates in Vancouver. 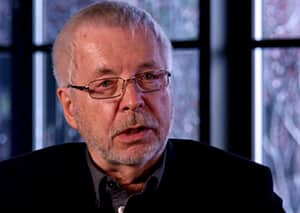 Because psychopaths are often repeat offenders who commit sexual assaults or other violent crimes again and again, the PCL-R is used in the courtroom and in institutions as an indicator of the potential risk posed by individuals in psychiatric units or prisoners.

The results of the examination have been used as a factor in deciding the length and type of prison sentences and the treatment subjects should or should not receive. It is accepted by many in the field as the best method for determining the presence and extent of psychopathy in a person. A modified youth version is also available for ages 12 – 18. …

The Hare PCL-R contains two parts, a semi-structured interview and a review of the subject’s file records and history. A 20-item symptom rating scale that allows qualified examiners to compare a subject’s degree of psychopathy with that of a prototypical psychopath. Each of the twenty items is given a score of 0, 1, or 2 based on how well it applies to the subject being tested.

Because an individual’s score can have important consequences for his or her future, Hare argues that the test should only be considered valid if administered by a suitably qualified and experienced clinician under scientifically controlled and licensed, standardized conditions.

A score of 30 or above qualifies a person for a diagnosis of psychopathy.

People with no criminal backgrounds normally score around 5.

Many non-psychopathic criminal offenders score around 22.”

Your turn to weigh in re The Psychopath and The Hare

Now that you know about The Hare test or checklist, it’s time to weigh in on whether Joker’s a psychopath or not.

I’ll be following up shortly with a blog addressing the question.

I managed to catch the  2nd episode of the "Clarice" series recently. It channeled the Waco cult situation, also known as  the Waco, Texas massacre.  That was the controversial law enforcement siege of a compound that belonged to the Branch Davidian religious cult. In the 2nd  episode,  Clarice … END_OF_DOCUMENT_TOKEN_TO_BE_REPLACED

As part of our series on Popular Culture and True Crime, our final tutorial looks at why women seem such devoted true crime fans. Tutorials I and II dealt with the fascination with serial killer trading cards and murderabilia (the collection of mementos), respectively. While I've … END_OF_DOCUMENT_TOKEN_TO_BE_REPLACED

In a recent blog (go here), I discussed the furor created by the creation of serial killer trading cards* back in 1992. A similar controversy has erupted over the growing practice of collecting artifacts and even bits of hair from those involved in serial … END_OF_DOCUMENT_TOKEN_TO_BE_REPLACED

About the same time that Michael Aamodt, a professor at Radford University in Virginia, started cataloguing serial killers, trading cards popped up. Aamodt's Serial Killer Data Base, compiled with the help of students, is academic, respectable. See here for a prior blog re Aamodt's Radford … END_OF_DOCUMENT_TOKEN_TO_BE_REPLACED

How well I remember the days leading up to what seemed like just another incident of conservative urban police officials not understanding evolving radical beliefs and ideologies of the time. I'd just finished grad school in West Philadelphia, but still got  MOVE  updates from friends I'd visited in … END_OF_DOCUMENT_TOKEN_TO_BE_REPLACED